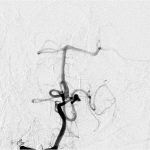 An aneurysm is an abnormal  widening of an artery.  A bulging sac forms and can burst, resulting in massive bleeding in the brain.  People are typically born with aneurysms and it sometimes takes  forty to fifty years before causing problems. Or it may never cause problems.

You would never know it by looking at her today, but Rebecca Winchell is lucky to be alive. The  mother of seven suffered a potentially deadly brain hemorrhage as a result of an aneurysm in 2009.

Rebecca had just finished playing tennis when she began suffering from what felt like a sinus headache. “All of sudden that night I felt fluid rushing to my head and my neck felt very sore,” she recalls. “I was coherent enough to speak but in a lot of pain so I went to the emergency room.”

There, her condition was diagnosed as a migraine and she was sent home. Two hours later, she still felt horrible. A spinal tap showed blood in her spinal fluid. She was rushed to the care of interventional neuroradiologist Robert Dawson, M.D. at Culicchia Neurological Clinic in New Orleans, who diagnosed an aneurysm. Dr. Dawson used a state-of-the-art technique to repair the aneurysm without surgery using a micro-catheter threaded all the way to the site in her brain. 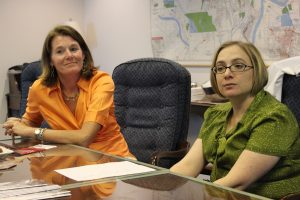 Ten days later, Rebecca was back home with her family. Two months later, she was back on the tennis court.

She organized “Aces Against Aneurysms,” an annual tennis tournament to raise funds for an aneurysm support group. “I feel so lucky to be alive that I want to educate others on the symptoms of aneurysms so they can get the lifesaving care they need,” Rebecca said. 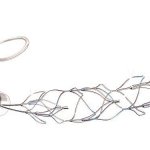 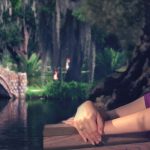