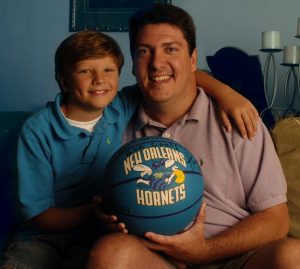 During the third quarter of a New Orleans NBA  basketball game, young Blake Bianchini felt his father slumping against his shoulder. At first the nine-yearold thought his dad was play-acting, but when Ray Bianchini wouldn’t wake up, he realized something was seriously wrong. Many of the fans and players witnessing the event thought a heart attack caused Ray Bianchini’s collapse. In fact, it was a brain condition that had reached a point of crisis.

As he later found out, Ray Bianchini had lived his entire life with a deadly brain condition called arteriovenous malformation, or AVM. It causes an abnormal flow of blood from arteries to veins without passing through smaller vessels. This condition caused several aneurysms—bulging blood vessels in the brain—and one of the aneurysms burst during the basketball game.

He was whisked away to a nearby hospital where the doctors relieved pressure on his hemorrhaging brain and stabilized his condition. Later, he was transferred to the West Jefferson Medical Center to come under the care of Robert Dawson, M.D., interventional neuroradiologist at Culicchia Neurological Clinic.

According to Dr. Dawson, the bleed occurred deep in a crucial area of the brain—one that controls memory, motor skills, speech, and emotions—and to repair it surgically was too risky; permanent brain damage might result. Luckily for Bianchini, Dr. Dawson is one of the few interventional neuroradiologists in Louisiana that is trained to perform a cutting-edge procedure called catheter embolization.

During this procedure, the surgeon makes an incision in the groin area and guides a micro-thin catheter through blood vessels all the way up to the brain. When the tip of the catheter reaches the trouble spot, a sort of glue is released to shut off the bleeding.

“In Mr. Bianchini’s case, we were able to glue some of the AVM as well as the vessels with the aneurysms,” Dr. Dawson says. “The bleed can’t happen again. The blood has rerouted itself.”

After the successful operation, Ray Bianchini began a program of intensive in-patient therapy under the supervision of neurologists Dr. Michael Puente of Culicchia Neurological Clinic. He had to learn to talk again and to resume the ordinary activities of daily living such as walking, eating, and bathing. Improvements came at a rapid pace.

Only two months after his near-fatal crisis in the New Orleans Arena and determined to prove that he had conquered his illness, Ray Bianchini attended another Hornets basketball game. The team’s owner had invited him and his family to sit in the same seats as before. His return was covered in the media, and according to Bianchini, many Hornets fans who’d witnessed his collapse at the first game came to wish him well.

Bianchini continued with out-patient therapy and still has some weakness on his right side, and Dr. Michael Puente who is overseeing his rehabilitation, says Bianchini should recover 90% of his abilities. Bianchini is currently able to do everything on his own, albeit with some limitations.

“Here is a young man with no inkling of having anything medically wrong with him; then, one day he suddenly has a devastating event,” Dr. Puente continues. “Through the power of good medical care and the right attitude, because of the support of his family and the professionals caring for him, he has been able to face this problem and conquered it.” 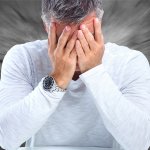 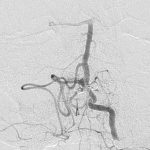