At 62 years of age, Martha Davis is just now waking up to the sound of birds singing in the morning. She’s been hearing impaired for over 40 years following a case of childhood measles. Thanks to a hearing device called a cochlear implant, the Luling school teacher is getting used to hearing children playing in the schoolyard. “I love hearing,” Martha says, beaming.

She had heard of cochlear implants but never seriously considered getting one until a friend insisted she make an appointment with Neurotologist Moises Arriaga, M.D. at CNC Hearing and Balance Center.

Dr. Arriaga described the surgery to Ms. Davis and explained to her that she was only weeks away from experiencing the world with sound. “The procedure takes about one hour. Simply stated, we implant a wire into the inner ear to stimulate the hearing nerve. Mrs. Davis wears a small device behind her ear that allows her to control the volume of the signal now being sent to the device.” Cochlear Implants are just one of many options for the hearing impaired, Dr. Arriaga says.

Ms. Davis’s implant was turned on in November, less than a month after surgery. It will take up to a year for her to get accustomed to the implant and the sounds she is hearing for the first time.

“This has changed my life. I can’t recommend this enough to someone who is hearing impaired,” she says. 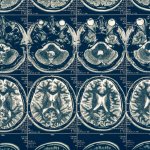