A Brain Aneurysm ruptures every 18 minutes, usually claiming its victim without warning.  Culicchia Neurological Clinic Interventional Neuroradiologist Robert Dawson, MD, has decades of experience treating brain aneurysm patients. An aneurysm is a weak spot in a blood vessel of the brain that may burst over the course of a lifetime, often without any warning.

Dawson told WDSU’s Heath Allen that people are born with cerebral aneurysms and more often than not, it may take decades before there’s a problem. Nowadays, new, less invasive treatments allow doctors to repair some aneurysms.

“A lot more aneurysms are getting discovered prior to rupture than they did prior to the availability of these diagnostic tools,” Dawson said.

Just three months after Cynthia Kemp of Mandeville suffered her aneurysm, she appeared on Fox 8’s morning show to urge the public to know the symptoms of aneurysm. Both are involved in Brain Support NOLA, a nonprofit dedicated to raising awareness about aneurysms.
FOX 8 WVUE New Orleans News, Weather, Sports, Social 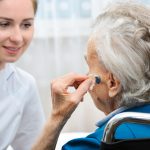 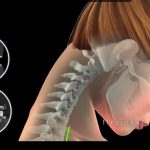