Healthgrades: WJMC one of America’s 100 Best for Stroke Care

Culicchia Neurological Clinic is proud to play an important role on the West  Jefferson Medical Center stroke team, recognized as among the best in the country by Healthgrades, the leading online resource for comprehensive information about physicians and hospitals. Culicchia Neurological physicians care for WJMC stroke patients and Dr. Michael Puente is director of the hospital’s stroke unit.  West Jefferson received the 2018 America’s 100 Best for Stroke Care Trophy and 2018 Stroke Care Excellence Award. It is one of 100 hospitals to receive the honor of America’s 100 Best for Stroke, out of nearly 4,500 hospitals nationwide. Additionally, WJMC is one of only two hospitals in Louisiana to receive this award. West Jefferson is the recipient of the Healthgrades Stroke Care Excellence Award for the second consecutive year. This achievement places WJMC among the Top 5% of hospitals in the nation for Stroke Care, as measured by lowest risk-adjusted mortality. WJMC is one of only two hospitals in Louisiana, out of nearly 4,500 hospitals nationwide, to receive this distinction. 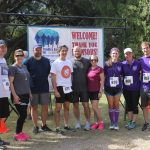