North Shore hairdresser Tiffany Evans knew the neck pain and numbness in her right arm and fingers meant something was wrong. Worse yet, it was beginning to interfere with her work. She went to see North Shore neurosurgeon Justin Owen, who ordered an MRI to confirm his suspicion. Tiffany had a herniated Intervertebral disc of the cervical spine. She was a good candidate for implantation of an artificial disc, which would allow for a faster recovery than traditional spine fusion surgery. It worked. Tiffany was back at work after 6 weeks.

Because Tiffany is relatively young and her symptoms were emanating from compression of the nerve as opposed to arthritis, she was a good candidate for an artificial disc, Dr. Owen said.

Read more about her experience and the treatment she received from Culicchia Neurological’s  Justin Owen, M.D., in this article from Inside Northside Magazine. 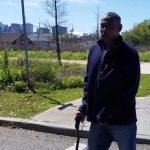