The harmful effects of smoking are well documented, from PSAs on television to the warnings on cigarette packs and from the surgeon general, but there are other dangers associated with the habit that receive little attention.  If you smoke, or if you are around second-hand smoke, you will likely not recover as quickly from surgery or a stroke as a non-smoker due to non-medical complications.  The physicians at Culicchia Neurological Clinic can’t emphasize it enough: smoking is bad for you and interferes with patient recoveries.

A person who smokes and is scheduled for spinal or other surgery, will likely face more post-surgical complications such as longer healing times and higher chances of infection.

Scientific studies and individual surgeons say that smokers who can quit even four weeks prior to surgery and stay smoke-free for a period after surgery, will likely fare better than someone who consistently smokes.  There are numerous options for individuals who want to quit, such as transdermal patches, chewing gum, lozenges, inhalers and sprays. Your doctor will be glad to discuss with you the best option for your particular circumstances.

In summary, smoking plays havoc on the body healing quickly and can increase negative surgical outcomes, including impaired wound healing and increased infections.  As Culicchia Neurological Clinic Neurosurgeon John Steck says, “Smoking is a problem if you are going to have spinal surgery.”

In addition to causing complications as patients recover from surgery, smokers will probably have a longer path to recovery after a stroke, says Culicchia Neurological Clinic Physical Medicine and Rehabilitation Specialist Dr. Andrea Toomer.  Tissues aren’t as healthy in smokers and nicotine constricts the blood vessels so that healing cells are slowed in reaching wounds, she explains.

While smokers face increased risk due to their nicotine habit, their family members who are inhaling second hand smoke are also facing potential complications as they recover from stroke or aneurysm.  Since they don’t inhale from the cigarette, their risk is less but there is still exposure, says Dr. Toomer. 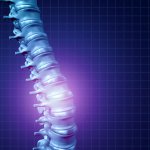 Neurosurgery for Serious Neck and Back PainUncategorized 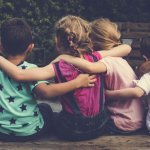 The Goal: A Pediatric Neuro-oncologist for New OrleansUncategorized