Culicchia Neurological Clinic doctors are proud to be part of the West Jefferson Medical Center stroke team, honored on Feb. 26, 2019 by healthgrades for Neuroscience excellence and for ranking among America’s 100 best hospitals for stroke care. Neurologist Michael Puente is director of the hospital’s stroke unit and Culicchia physicians regularly care for patients suffering from stroke, aneurysm, arteriovenous malformation (AVM) and other brain injuries.

Dr. Puente stated: “It is a big day for West Jefferson Medical Center where the Culicchia Neurological Clinic works and does most of its primary neurological care. Today, the hospital was recognized for being one of the top 100 hospitals for stroke care in the entire country and one of the top 250 hospitals for general medical care as well. We have known it for a long time. It’s nice to get that kind of recognition and it is well deserved because of the people that work here and it’s just nice to know that others are recognizing the wonderful level of care provided here.”

“Patients treated at a five-star hospital for stroke like West Jefferson have a 52.5% lower risk of dying than patients treated at a 1-star hospital so that is why we do what we do at healthgrades. We want the patient and the consumer to find the best health care out there, which they are going to get at West Jefferson. West Jefferson is one of America’s 100 best hospitals for stroke care and also a 2019 neurosciences Excellence award recipient as well,” said Annissa McDonald, healthgrades award presenter. 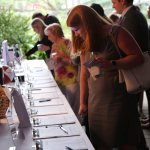 Save May 22 for Gray Matters 2019!Uncategorized 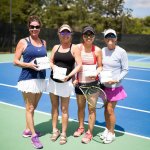