Culicchia Neurological Clinic is a proud sponsor of the 10th anniversary Aces Against Aneurysms Ladies’ Tennis Tournament on Monday, April 8 at Pelican Athletic Club in Mandeville. It’s a round robin format (partners will be provided), as well as a silent auction and resale of gently-used tennis attire.

A fundraising tennis tournament started by a local brain aneurysm survivor will celebrate its 10th year in April. The Aces Against Aneurysms tennis tournament has raised over $140,000 over the years for aneurysm research and awareness.

The fundraising tennis tournament will take place Monday, April 8 at Pelican Athletic Club in Mandeville. The tournament was started by Rebecca Winchell of Mandeville who wanted to do more to educate patients and families recovering from brain aneurysms. She started a nonprofit, Brain Support NOLA, which just months ago established the Robert C. Dawson Aneurysm Lectureship Fund at LSU Health Department of Neurosurgery to sponsor visiting lectures on aneurysm research and treatment.

“Brain aneurysms touch the lives of many families in our community every day and it was important to us that our fundraising furthered aneurysm research and prevention here at home,” Winchell said. “We are proud of the growth of the Aces Against Aneurysm tournament and our nonprofit Brain Support Nola as it continues to support the community of brain aneurysm survivors in south Louisiana.”

The ladies’ tournament is a round robin format (partners will be provided), as well as a silent auction and resale of gently-used tennis attire. More information is on brainsupportnola.com . To register, email bfisher@thepac.com . 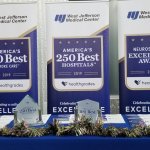 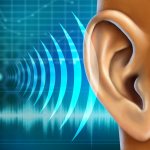 Vestibular Team To Treat Dizziness, Balance Issues on the NorthshoreUncategorized