May is Stroke Awareness Month

The Neuro team at Culicchia Neurological Clinic has been busy promoting stroke awareness in May, national Brain Cancer Awareness Month. Neurologist Michael Puente addressed a community group about stroke and its symptoms. He emphasized how important it is to know what a stroke feels like, using the acronym F.A.S.T.

Arm – sudden numbness or weakness in arm or leg, usually on one side of the body

Time = Brain. If these symptoms occur suddenly, or are accompanied by sudden, severe dizziness or the worst headache of your life, call 911.

The Culicchia Clinic also sponsored Brain Support Nola‘s Aces Against Aneurysms Ladies’ Tennis Tournament. Over 80 players turned out for the tournament on May 1. Mandeville Mayor Donald Villere came and presented Rebecca Winchell and the tennis committee with certificates of appreciation. 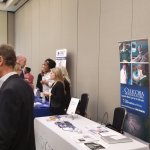 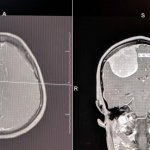