It started with dizziness that gradually worsened.  Fifty-four-year-old Louise Ingram of Covington found it bothersome, but not serious. It was her sister, Lynette, though, who noted the first notable change in Louise’s behavior.

“Thank God my sister and I are together almost every day,” Louise  says. Louise was driving in a way that she thought she always did, when her sister started pointing out irregularities. Lynette noticed that Louise had been veering off the road more than usual, and was driving closer to other cars than she usually would have. “She experienced brain fog, unclear thoughts, unclear on how to drive to her house and restaurants etc.,” Lynette recalled.   “She became very quiet and would forget people and things that she had done or things that had happened to her.  Trying to play tennis, she couldn’t bounce the tennis ball, catch it or judge how close it was to her.  It was really strange.”

Louise didn’t believe that she was acting differently, or driving differently than usual, but as things progressed she started accumulating even more experiences that felt irregular.

She started having issues with her left hand— things would slip from her grasp occasionally. She sometimes spilled her drinks.

Louise found it easy to downplay her symptoms— after all they were things that happened to regular people almost every day. “I just thought I needed to start paying more attention,” she recalls.

Then, her symptoms began to progress rapidly. She couldn’t tie her shoelaces, and she struggled to fasten her shirt buttons. These issues felt serious enough for Louise to contact a physician, who ordered an MRI of her brain.  It showed a large, 5-centimeter tumor, roughly the size of a lemon.

At this point it was clear she would need a Neurosurgeon. She went to see Frank Culicchia, MD, FAANS, of the Culicchia Neurological Clinic in New Orleans. Dr. Culicchia is also chair of LSU Health New Orleans’ Department of Neurosurgery

After a 4-hour surgery, Dr. Culicchia reported to her family in the West Jefferson Medical Center waiting room that the tumor was benign and that he was able to remove it entirely, without damaging any healthy surrounding tissues. The night of her surgery, Louise immediately felt that her thoughts and speech were clearer and she could tell the surgery had worked.

Louise’s tumor was a meningioma, meaning the tumor arose from the membranes that surround her brain and also the spinal cord. Hers was on the right side, growing near the area of the brain that sends signals to control the left side of the body. This is the reason why she began having trouble with her left hand.

The symptoms for brain tumors can be difficult to identify, like Louise’s were, as they are shared by many other illnesses and disorders. Some signs of brain dysfunction that could indicate a brain tumor are below. One symptom alone is certainly not an indicator of a brain tumor, which is a rare condition:

These symptoms will change based on the location of the tumor. Vision problems for example, might indicate a tumor in the Occipital Lobe, which is located in the rear of the brain, above the neck, where these faculties are located.

While brain tumors are uncommon, it’s important to treat symptoms seriously, and to consult a doctor if they persist, so that the cause can be identified.

“I saw Dr. Culicchia on a Monday, and I was in surgery by Thursday morning,” Ingram says. She reports that she woke up feeling great on Friday morning, and was able to return home on Saturday. With no need of physical therapy, she healed quickly and is now back to normal activity and playing tennis again and living life to the fullest.

Louise didn’t win the tournament but she insists she has been victorious in other ways. 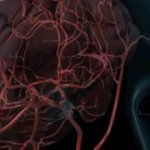 May is Stroke Awareness MonthUncategorized 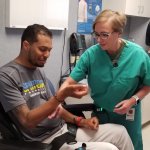