February 12, 2020 – Dr. Frank Culicchia was named the second recipient of the Frank C. Di Vincenti, MD Community Leadership Award. West Jefferson Hospital Foundation will host a special cocktail reception on October 9, 2020 at the English Turn Golf & Country Club in New Orleans to honor Dr. Culicchia with the award. The reception—Cheers to 60 Extraordinary Years – A Night in Black and White—will also be an extraordinary celebration of West Jefferson Medical Center’s 60th anniversary. The special occasion is designated to raise funds to benefit the Neurosciences Department.

The Frank C. DiVincenti, MD Leadership Award was established by the West Jefferson Hospital Foundation to annually recognize an individual for his or her excellence in leadership, volunteerism, community engagement, and exemplary service to West Jefferson. Dr. Culicchia earned this recognition for his commitment to deliver the highest level of neurosurgical care to patients in our region.

“We are honored to recognize Dr. Culicchia as the second recipient of the Frank C. Di Vincenti, MD Community Leadership Award,” said Tina Dandry-Mayes, President of the Foundation Board of Directors. “His incredible commitment to bring world-class care to our community is highly commendable, and the hospital’s milestone anniversary reception is the perfect opportunity to celebrate his legacy.”

Dr. Culicchia’s dedication to teaching and research has inevitably positioned West Jefferson Medical Center as a nationally recognized leader in neurological care. His passion for paving the way for medical residents and future surgeons ensures that a healthier future for our community is well within reach.

“West Jefferson Medical Center will forever be impacted by the countless contributions that Dr. Culicchia has poured in to our hospital and community. He has shown a commitment to delivering the highest level of neurosurgical services to patients in our region making him a recognized leader in neurological care,” said Rob Calhoun, President and Chief Executive Officer of West Jefferson Medical Center. “We are incredibly grateful for his service, and he is more than deserving of this great honor.”

Cheers to 60 Extraordinary Years – A Night in Black and White will be an evening filled with lively music, delicious food, and exciting auctions in a grand effort to raise funds to benefit patient care at West Jefferson. More specifically, funds raised will help fund state-of-the-art surgical equipment known as the Deep Brain Stimulator, which will be used by West Jefferson neurosugeons to assist hundreds of patients annually in our region and beyond. 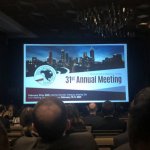 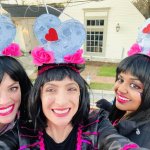