Parkinson’s Disease and the Sense of Smell

We hear a lot about the loss of smell as a symptom of COVID-19. Did you know that it can be an early indicator of Parkinson’s Disease (PD)?

It is a condition called Hyposmia and can affect appetite with resulting weight loss.  According to Culicchia Neurologist Charles Fiore, Parkinson’s can be confirmed with a brain Spect Scan. He cautions that a single symptom doesn’t always signal PD.  “A poor sense of smell is not a definitive indicator of Parkinson’s.  Nor are tremors, which can come with age,” Dr. Fiore explains.  PD symptoms tend to develop gradually, and only appear as mild at first. It can develop in young adults but more often it surfaces in patients in their 50s and 60s.

Parkinson’s disease is a chronic, degenerative neurological disease which affects approximately seven million to 10 million people worldwide. PD develops with the loss of nerve cells in the brain that produce a chemical called dopamine. The symptoms of PD can have an impact on many dimensions of patients’ lives. As dopamine levels fall, movement (motor) symptoms–tremors (uncontrollable shaking), rigidity (stiffness or muscle tensing) and bradykinesia (slowness and loss of spontaneous movement)–can progress, along with the underlying symptoms of PD, which are less well recognized and may be under-treated.

“With meds today it is uncommon for Parkinson’s patients to become profoundly disabled, Dr. Fiore explains.  There are a wide array of medications to manage Parkinson’s.  In the most serious cases,  deep brain stimulators are proving to be an effective way to control the tremors and movement problems caused by Parkinson’s Disease. A tiny device is surgically implanted in the brain and acts like a pacemaker to help control involuntary movements caused by the condition.”

Parkinson’s is a disease that can be managed by an experienced neurologist.  Culicchia Neurological’s team of specialists can diagnose, treat and work with patients to manage their movement disorders. 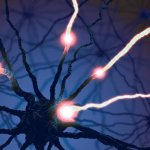