Back in business after a discectomy

After undergoing rotator cuff surgery, Netzy B. of Metairie noticed that something was not right. Her right arm was very weak and physical therapy sessions were not making it better. It turned out that Netzy had multiple bulging discs in her neck that were causing her weakness. It had progressed to the point that she was unable to work as a caterer and Mardi Gras mask maker.

“It takes two hands to roll a tamale,” Netzy explained. In June 2020, she was referred to Culicchia Neurosurgeon John Steck, who reviewed her MRI and diagnosed two bulging discs. Dr. Steck performed a cervical discectomy at two levels and a fusion procedure. He removed the disc material that was causing her arm pain. When she woke up in recovery, Netzy says she felt immediate relief. “I was so excited – I was able to do a bicep curl in recovery,” she says. Her arm movement was restored and just a few months later, Netzy is back in business, taking orders for her catering and mask business. 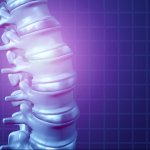 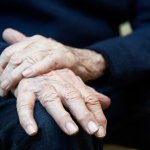