Culicchia Neurological announced the addition of Allyson Barnes, PT, DPT to its medical staff.  Allyson Barnes returned to Louisiana to reconnect with her New Orleans roots after growing up in Tampa, Florida. She attended LSU’s Honors College where she earned her Bachelor of Science in Kinesiology. She then earned her Doctorate of Physical Therapy from LSU Health Sciences Center- New Orleans.

Allyson is a former competitive swimmer who enjoys breaking down complex movements into their most simply form to improve function and decrease pain. With emphasis on evidence-based practice, Allyson has also contributed to her field by publishing literature examining the effects of vision and gravity on the accuracy of movement patterns.

In the video below, Allyson discusses pelvic floor dysfunction, an issue that can cause nagging back pain, incontinence and numbness in both men and women.

Allyson Barnes, DPT,  is accepting new patients.  Appointments may be made by calling Culicchia Neurological at 504-934-8140 . 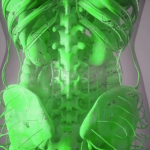