Doctors at Culicchia Neurological at West Jefferson Medical Center recently became the first physicians in the state to use a new medical technique to remove one of the most aggressive forms of brain cancer, Glioblastoma. The tumor typically infiltrates into brain tissue, making it difficult to differentiate between malignant and non-malignant tissue. However, a new drug provides neurosurgeons a way to see more of the tumor, which guides them during the removal of malignant tissue. New Orleans neurosurgeon Dr. Frank Culicchia, and Chairman of the LSU Health New Orleans Department of Neurosurgery, is the state’s first surgeon to use the FDA-approved optical imaging agent called Gleolan. This drug is given orally before surgery, which causes tumor cells to turn a fluorescent red-violet color when viewed under a surgical microscope and blue light; non-cancerous brain tissue will appear blue.

“Long-term survival is directly affected by the completeness of surgical resection of tissue that may look normal without the use of fluorescence guided surgery,” notes Dr. Culicchia, who has now used Gleolan several times. “This technique allows for a more complete resection and better chance of a longer life.”

According to the American Cancer Society, 300 people in Louisiana will be diagnosed with brain or nervous system cancer this year; the survival rate is just 2 percent. Of those cancers, Glioblastoma is one of the most aggressive.

The United States by the Food and Drug Administration approved Gleolan for use in 2017, and according to the drug’s developer, NX Development Corp. (NXDC), Gleolan the first and only FDA-approved optical imaging agent for use in patients with high-grade gliomas. Gleolan has reportedly been used for over 80,000 patients in 42 countries. 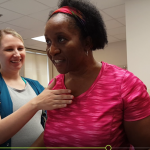 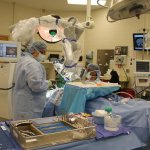