Tremors are involuntary muscle contractions that cause shaking in one or more parts of the body. It is estimated that 10 million Americans have tremor and often it goes undiagnosed.

Neurologist Charles Fiore of Culicchia Neurological says it is important that patients with even a slight tremor be evaluated to determine whether it is symptomatic of a more serious condition.
Tremor can occur as a single diagnosis or as a symptom of another disease. It is often diagnosed in conjunction with multiple sclerosis, stroke, traumatic brain injury or a neurodegenerative diseases that affect parts of the brain, such as Parkinson’s Disease.

“Some tremors are not severe enough to warrant medication but once it begins to affect a patient’s quality of life, there are a wide array of medications that can reduce the involuntary contractions,” Dr. Fiore said. Tremor commonly affects the hands but can also occur in the arms, head, vocal cords, torso, and legs. Tremor may be intermittent or constant.  It can occur at any age but frequently presents among middle-aged and older adults. It is not life threatening and most types of tremor have no known cause, although there are some forms that appear to be genetic.

If you or a loved one suffers from tremor, contact Culicchia Neurological for an evaluation by calling 504-340-6976. 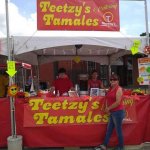 Back in business after a discectomyNews 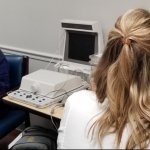