Another study confirms the link between hearing loss and dementia in the elderly.  Researchers from Johns Hopkins Bloomberg School of Public Health found that older adults with greater severity of hearing loss were more likely to have dementia, but the likelihood of dementia was lower among hearing aid users compared to non-users, specifically:

Don’t chance it – if you or a loved one is experiencing hearing loss, have your hearing evaluated by our colleagues at CNC Hearing and Balance Center. Their medical and audiology team agrees with the voluminous data finding a link between poor hearing and dementia and other risks such as falling and diabetes. In the video below, Neurotologist Moises Arriaga explains:

Hearing loss is actually an important medical condition –  it’s not just an inconvenience and it’s not just humorous when you mis-hear and think someone said something different than what they actually intended.

There’s very clear data now, particularly in large studies that show that untreated hearing loss is actually a risk factor for dementia and other cognitive disorders and this makes sense if you think about it. The way most of us lose hearing is we tend to lose hearing at the high tones which give us consonant sounds. Low tones give us vowel sounds.

If you still hear the vowels but don’t hear the consonants you can’t tell the difference between Hat, bat, cat and rat. Imagine a conversation when you mistook the word hat for rat. It could cause some confusion and maybe a little bit of excitement and it could be a little bit funny for a while but once this starts happening people start getting a little bit confused in terms of what the conversation is about. The patient themselves may get frustrated and worse yet the family gets frustrated at that point.

It’s not very hard to imagine that someone can become isolated or even depressed over this. Other things that hearing loss can cause in addition to initiating this confusion in this isolation it actually turns out that untreated hearing loss is a risk factor for falls and imbalance and even though we don’t work quite like bats that can use their listening to guide them around in the dark, we do rely on hearing to help us in terms of understanding the threats around.

Many years ago when people had hearing loss and didn’t want to do anything about it and weren’t interested in hearing aids or other devices to help them we considered it an elective personal decision. Now it’s really a medical decision.

Not treating hearing loss, particularly in the elderly, puts them at higher risk for cognitive decline dementia and isolation, depression and even balance disorders. So now we pretty strongly recommend that if you’ve got hearing loss or you suspect an elderly person in your family has hearing loss they should be evaluated and at least go through a trial and an evaluation of some of the treatment strategies that are now available. 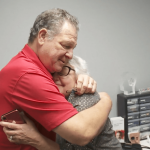 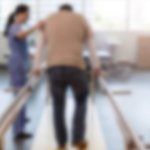